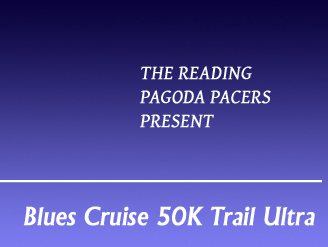 Published by Patrick Durante on September 25, 2011

So I finally completed my first Olympic distance triathlon, the Steelman.  The race was brutal, I did better than expected in the swim, but the run really suffered.  I attributed it to pushing too hard on the bike and really not putting in the time practicing hills.  As fun as it was, it was disappointing.  I didn’t place that well and I couldn’t believe how terrible I did on the run.  Running is my best event, I enjoy it the most so it was heartbreaking to say the least.  So what do I go and do???  Register for a 50K run, that’s what I did.  My wife already can’t stand how much time I spend training and this nearly put her over the edge.  It’s funny, most people think that the hardest part of completing a 50K would be the actual miles.  I would say it’s trying to convince your wife that what your doing isn’t insane.

Over the past two months I have had some early mornings.  It’s really the only time that you can put in those types of miles and not ruin any other plans you might have.  I live about 26 miles, by car, outside of the city.  My bright idea was to get my mileage up and take a series of trails that would get me to work.  I’m lucky to have a shower and an understanding boss who doesn’t care if I’m a little late for work.  So waking up at 4:30 in the morning has been tough but I actually look forward to it.  I started off small with some 13 mile runs from a train station that was closer to work.  As I progressed, following this training schedule, I moved the starting point further back to my home.  The total miles door to door is 20.   Add in a few extra loops of Kelly drive and that’s how I got the miles in.  The 2nd nice thing about my job is that I sit at a desk most of the day.  Another huge problem would be running 27 miles in to work, then trying to stand on your feet.  It just wouldn’t happen.

So I’m one week away from the race and the only thing that concerns me is the terrain.  Most of my long runs were done on a mix of road and trail, I just hope that it’s a relatively flat course and not too hot that day.  According to their site, it’s a great race for first time ultra runners.  The idea of running a gigantic 31 mile loop sounds fun, I just have to remember to pace myself.   I met a guy, on one of my morning runs, that said he made the classic mistake and went out too fast on his first ultra.  He said I should walk the hills to save my legs… I might just take his advice.

One of my runs to work: